Does today’s BHP selloff make for an attractive entry point?

While BHP may have been dragged down by South32’s (ASX: S32) higher cost guidance today, the recent pullback in commodity prices may also be weighing on the big miner’s share price.

But given that the consensus on BHP is Moderate Buy, savvy investors may wish to contemplate whether today’s sell down makes for an attractive entry point.

While brokers didn’t do cartwheels over BHP’s quarterly update released 21 April, most broker target prices remains well head of where the stock is trading this afternoon.

Based on the brokers that cover BHP (as reported on by FN Arena) the stock is currently trading with 13.9% upside to the target of $52.26.

By comparison, based on Morningstar’s fair value of $49.85, the stock appears to be undervalued.

Down but not out

Despite not meeting expectations during the March quarter, Citi believes it’s impossible to ignore the tsunami in cash flows that producers like BHP are enjoying.

As a result, Citi has upgraded BHP to Buy from Neutral with the target price rising to $56 from $48.

Meantime, Morgans believes commodity price strength continues to outweigh both covid and inflationary pressures for the company, and retains an Add rating, while the target price rises to $54.30 from $51.80.

The broker notes that while BHP is not immune to covid and inflationary pressures, the company’s position as the lowest cost iron ore miner positions its flagship WAIO business to sustain its earnings strength.

“We have updated our forecasts for guidance changes and the 3Q22 result and rolled our model forward.”

We have also lifted the lump proportion in sales and slightly trimmed inflation assumptions on WAIO unit costs to keep within guidance.” 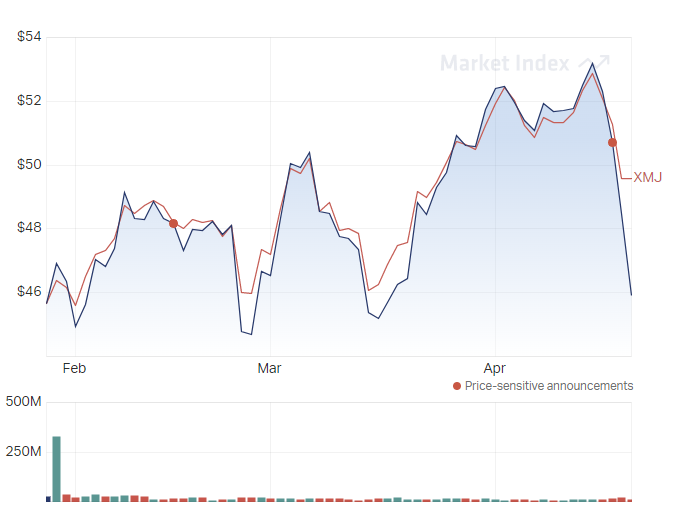