Given that the broader technology sector has not been a happy hunting ground for investors since the interest rate cycle rotated out of favour, it’s hardly surprising that Bigtincan (ASX: BTH) has struggled in 2022, even despite some recent good news.

Shareholders receive some welcome relief late February following a record $45.9m result in the first half, up 142% over the previous period, but gains were short-lived.

Since then the software-as-a-service (SaaS) provider’s share price has seesawed and remains -41% down over 12 months.

However, the share price was up 8.40% heading into the close today, following revelations the smallcap’s quarterly customer cash receipts of $31.3m, were up 113% from fourth quarter FY21.

Highlights of the 4Q update include:

The company expects operating expenses, capitalised R&D spending, PPE and lease liabilities to reduce within FY23 between $31m-$33m per quarter.

Bigtincan will be releasing full year FY22 results to the market on 25 August 2022.

What does Bigtincan do?

During the first half the company acquired Brainshark in a deal that valued the US-based sales enablement business at $116m.

After the completion of the Brainshark acquisition, Bigtincan reconfirmed the target for Cash Flow Breakeven to be achieved in FY23.

During fourth quarter FY22, Bigtincan continued its track-record of quarterly releases with over 70 capabilities released across the 3 core Hubs: Learning, content and engagement.

The Brainshark integration also led to a 90% increase in new logo deals and 171% in expansion deals over FY21.

During the Quarter Bigtincan was granted Australian patent No 2021200811 - for a method and system for providing contextual electronic content – which adds to the 15 existing patents covering core aspects of the Bigtincan platform.

Consensus on Bigtincan is Strong Buy.

Based on Morningstar’s fair value of $1.35 the stock appears to be undervalued.

Based on the two brokers that cover Bigtincan (as reported on by FN Arena) the stocks is currently trading with 59.2% upside to the target price of $1.13. 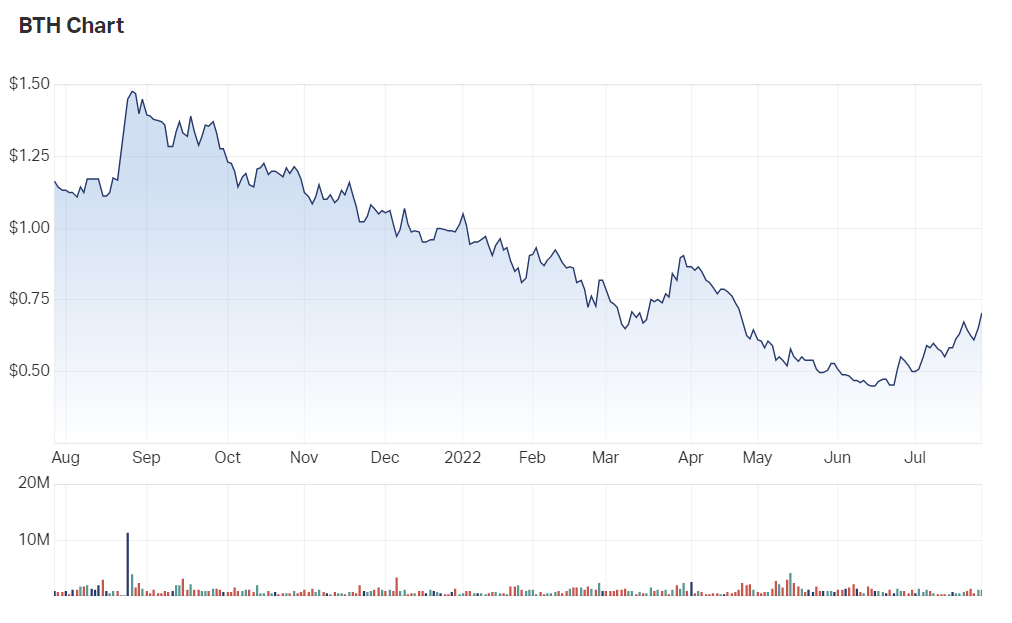