Against all odds: Iron ore is surging again

Iron ore prices have reclaimed 4-month highs of around US$124/t despite continued weakness across China’s all-important property and residential sector.

Before investors get too bullish on a comeback story for iron ore miners, here are some key considerations for the China-dependent industry.

The Chinese Government has signalled its intentions to reduce air pollution and maintain blue skies ahead of its Beijing Winter Olympics in February 2022.

This could impact major steel producing hubs in provinces including Hebei, Shandong and Liaoning, and dampen iron ore's bullish rebound in the new year.

China’s property debt crisis is far from over

While Evergrande has largely escaped news headlines in recent weeks, China’s real estate meltdown is far from over.

The crisis has sparked contagion across the industry, with China’s 100 largest developers showing contracted sales down -35% in December 2021, the first negative figure in five years according to Bloomberg.

The dire figures show that demand is drying up within the property sector.

Investors should note that China’s property construction sector is a major end-user of steel, responsible for roughly 30% of the country’s total demand.

Global supply on the rise

From a supply side perspective, export volumes from the world’s two largest producers Australia and Brazil have continued to trend higher in recent months.

According to the Office of the Chief Economist (OCE), combined export volumes have exceeded five year averages since May, and reached all-time highs in September 2021.

“The acute weather disruptions, port maintenance, and safety related mine closures that contributed to significant supply shortages in both countries in the first half of 2021 appear to have largely resolved.”

“With growth in China’s steel production now estimated to be flat in 2021 and a growing global iron ore supply, the outlook for iron ore prices remains relatively sombre in the outlook period," the OCE December quarterly report said.

Is it all doom and gloom?

Investors should recognise the recent tenacity of iron ore prices in light of mounting factors that should in theory, drive prices lower.

New investment in infrastructure showed a slight pick up in the December quarter, according to the OCE.

“The increase in funding is expected to boost new infrastructure activity from early 2022, and raise steel demand for this sector … though it is unlikely construction activity will return to levels seen in the first half of 2021.”

A proxy for iron ore prices 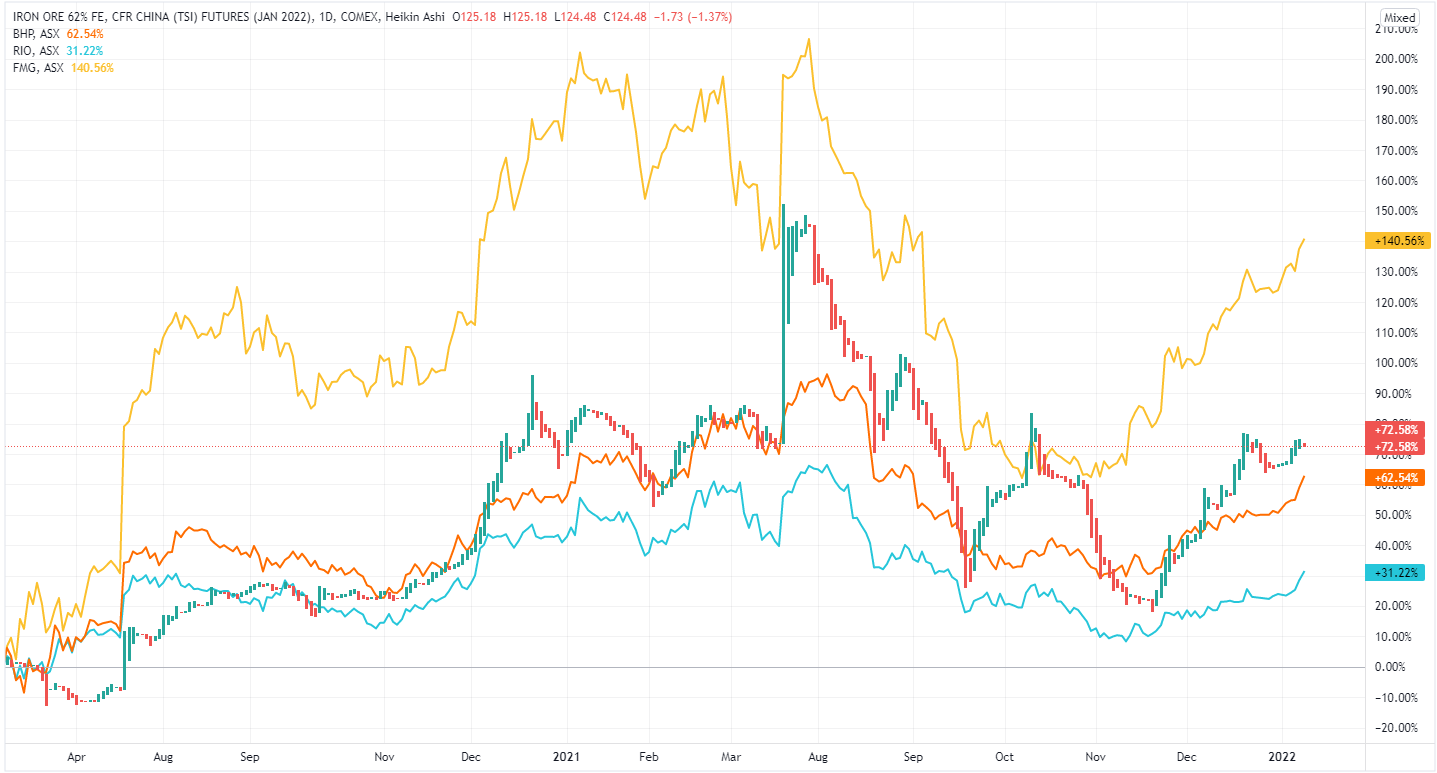 All things considered, the OCE projects iron ore prices to average US$80/t in 2022. This would represent a decline of around 35% from today’s spot prices.