Marvel Gold is a Mali-focused gold explorer with advanced gold exploration projects and extensive landholdings in Southern and West Mali.

Marvels most advanced project, Tabakorole, is comprised of 10 tenement areas covering a total of 830 km2.

Marvel Gold has an experienced board and management team with specific skills, and extensive experience, in African based exploration, project development and mining.

Stephen Dennis has been actively involved in the mining industry for over 30 years. He has held senior management positions at MIM Holdings Limited, Minara Resources Limited and Brambles Australia Limited.

Mr. Van Wijk is an experienced geologist, who specialises in project evaluation and project generation. Chris brings to his role in Marvel a wealth of relevant experience including base metal and gold exploration in Africa, Europe, the Americas and Australia as well as joint venture management and project evaluation for major mining companies including BHP, IAMGOLD, First Quantum Minerals and Fortescue Metals Group.

Mr. Pardey has over 30 years in the mining industry with experience in exploration, project development, construction and operations. Between February 2015 and December 2019, he was Chief Executive Officer of Centamin Plc which holds the Tier 1 Sukari Gold Mine.

Mr Hoskins commenced his career at a large international accounting firm and has since gained corporate experience with both Australian and international listed companies. He is a senior executive with 16 years of broad finance and commercial experience across resources exploration, project development and production as well as large-scale property developments requiring debt and equity financing. Since 2014, he was the senior executive responsible for the development of the Chilalo Graphite Project, now owned by Evolution Energy Minerals.

Phil holds a Bachelor of Commerce, a Graduate Diploma of Applied Finance and is a Chartered Accountant.

Chris is a qualified accountant and has over 15 years’ broad experience in a multi-national chartered accounting firm and a number of senior finance roles across the resources industry with projects in Africa, Canada and Central Asia. Chris has a range of experience across a variety of disciplines including joint ventures, international tax structuring, accounting and compliance, commercial contracts, project divestments and acquisitions. Chris is currently a Director of Superior Lake Resources Limited and Chief Financial Officer of Marvel Gold Limited, Lotus Resources Limited and Tanga Resources Limited.

Stuart has over 25 years of experience in senior commercial roles. He was previously Company Secretary with Anvil Mining Limited for six years, prior to which he held senior positions with Ok Tedi Mining Limited, Ernst and Young and HSBC.

The Tabakorole Gold Project, located in southern Mali approximately 230km south of the capital city of Bamako, is comprised of 10 tenement areas covering a total area of 830 km2. The Company announced a JORC-compliant Mineral Resource in October 2021 of 26.5 million tonnes at 1.2 g/t for 1.025 million ounces. Tabakorole has positive development attributes including excellent metallurgy and is a shallow, thick deposit. Marvel is focused on near-deposit exploration to grow the resource. 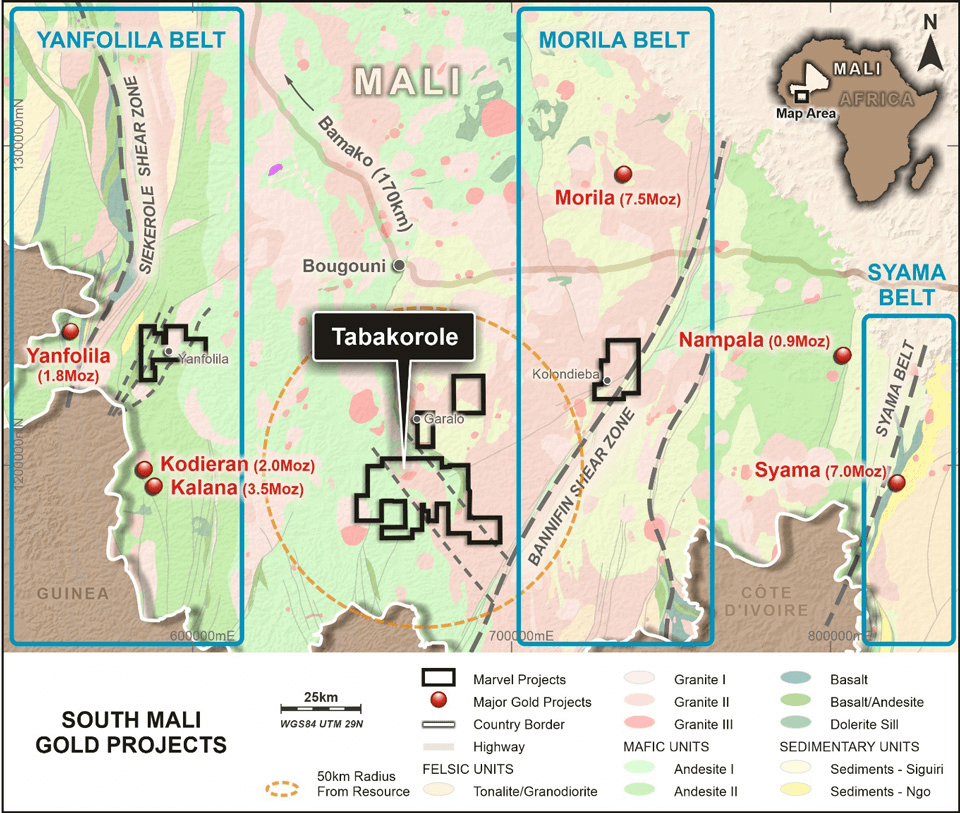 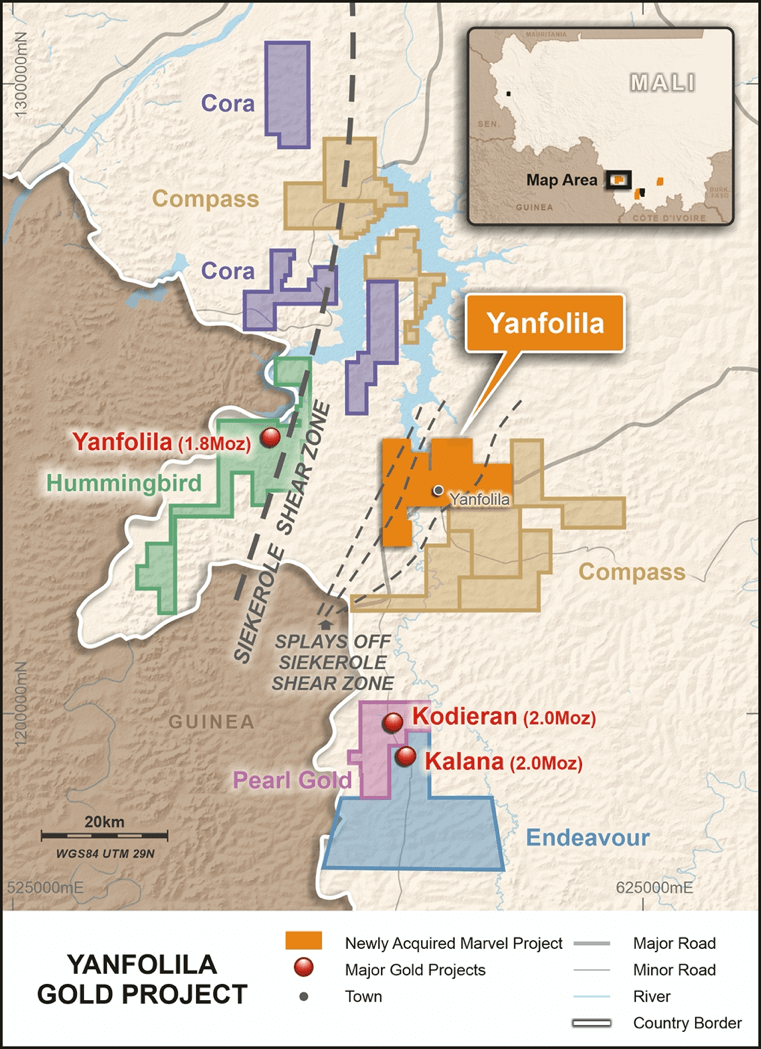 First-pass drilling of the Solona Main prospect at Yanfolila in 2012 returned significant intersections including 26.5m at 3.59g/t gold and 15.6m at 2.01g/t gold within an extensive gold-in-soil anomaly that extends for over 2km, where there has been limited drilling.

Located 70km west north-west of Resolute Mining’s Syama gold mine and 50km south of Barrick Gold’s Morila gold mine, the 200km2 Kolondieba Project is prospective for gold mineralisation in a similar structural setting to the Morila mine and the Tabakorole deposit.

The project is located adjacent to the Bannifin Shear Zone, one of the major controlling structures in southern Mali. The project displays extensive soil anomalism over a strike of 15 kilometres as displayed by a number of artisanal workings which supports the project’s exploration potential. 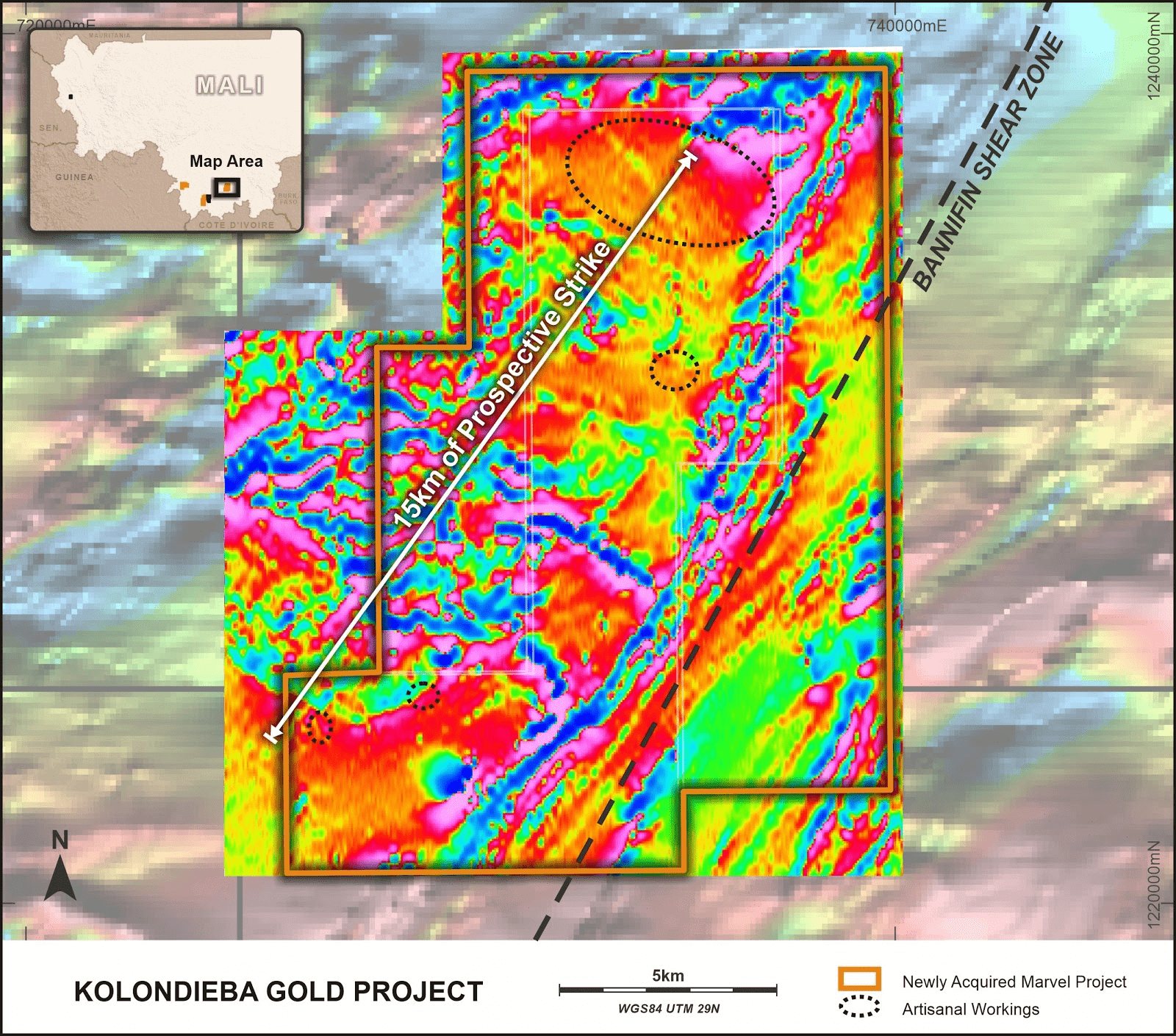 Proceeds from the Placement will be used to meet costs associated with Marvel’s ongoing gold exploration programs in Mali, the proposed spin-out of the Chilalo Graphite Project and general working capital.

Proceeds from the Placement will be used to meet costs associated with Marvel’s 2020-21 exploration program. The Company is now fully funded to accelerate its exploration plans in the upcoming Mali field season running from November 2020 to July 2021. 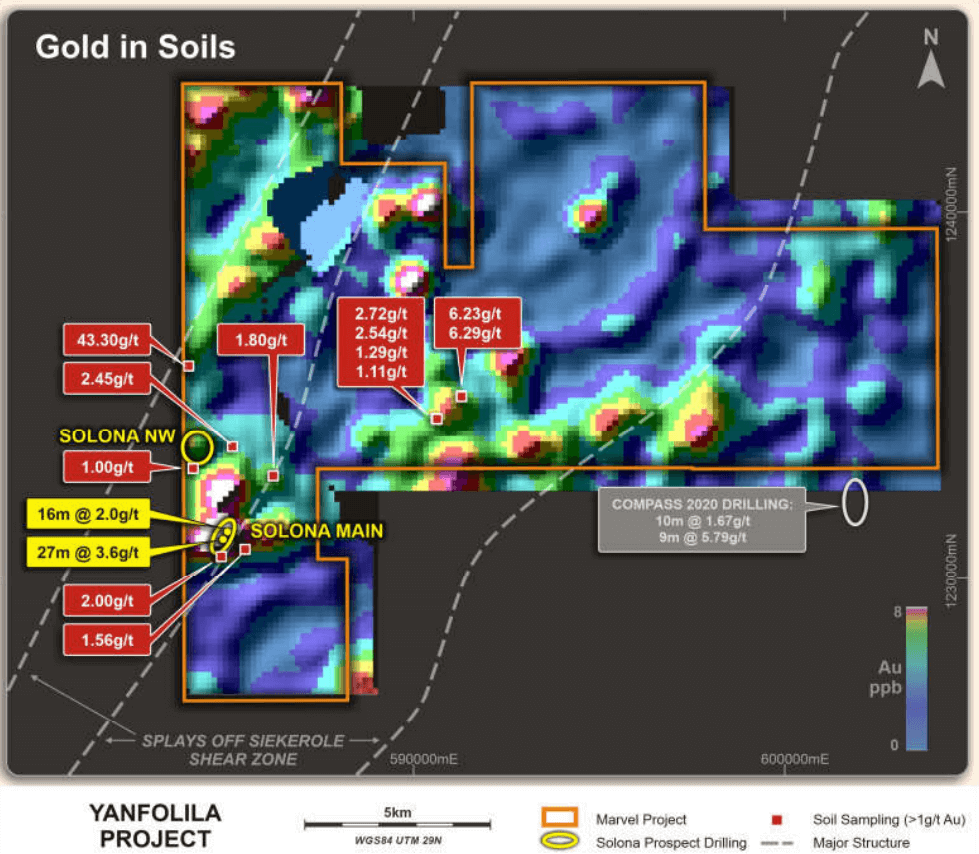 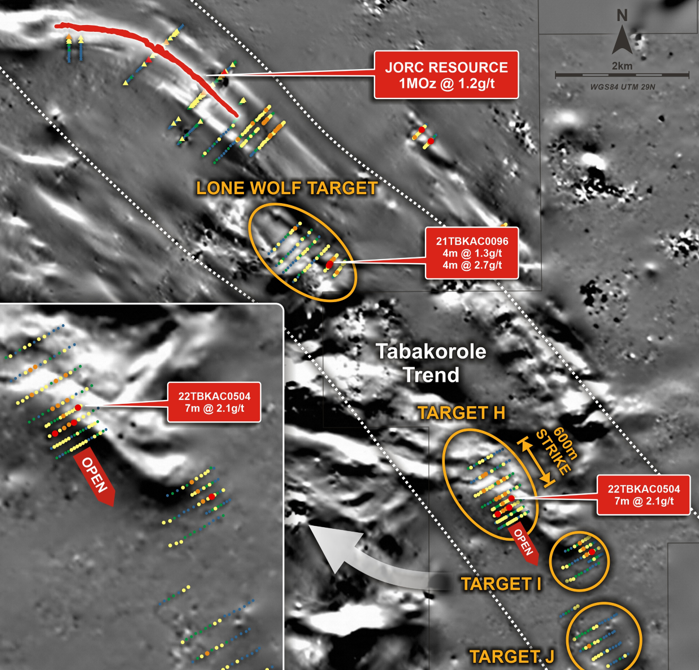 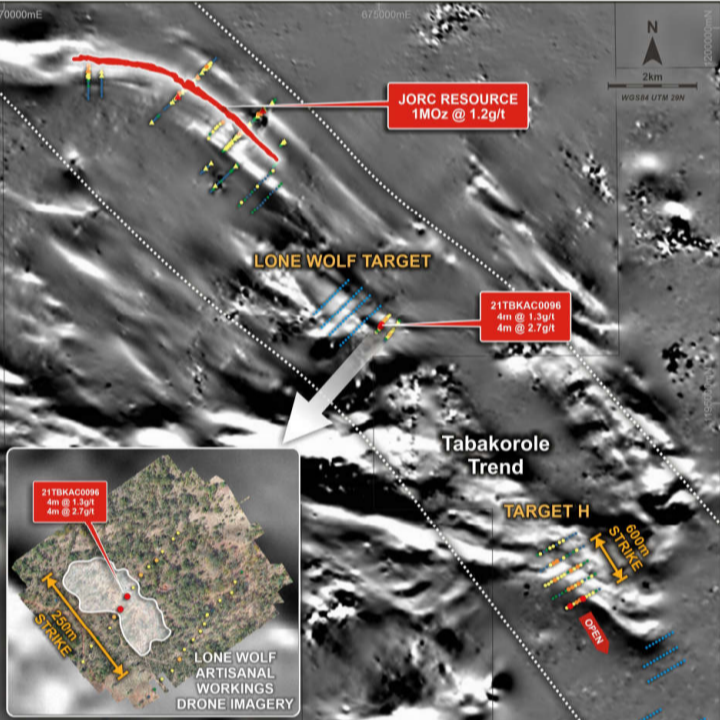