Adapting to the changing landscape, Crowd Media underwent a strategic transformation to capitalize on their existing technology, a Q&A algorithm that had answered more than 180 million users' submitted questions.

Revenue continues to be generated from Crowd Media’s mobile division to fund the R&D of its flagship Talking Head platform that has been developed to create digital avatars in a fraction of the time and expense compared to current mediums. B2B clients can leverage Crowd’s conversational AI technology to improve customer experiences, promote commercial products and amplify communication channels to reduce the reliance on human labour.

Human-like video - Based on cutting edge technology and latest research

Versatility - Connection to any existing chatbot system (not only Crowd’s Q&A) expanding commercial opportunities from day one. 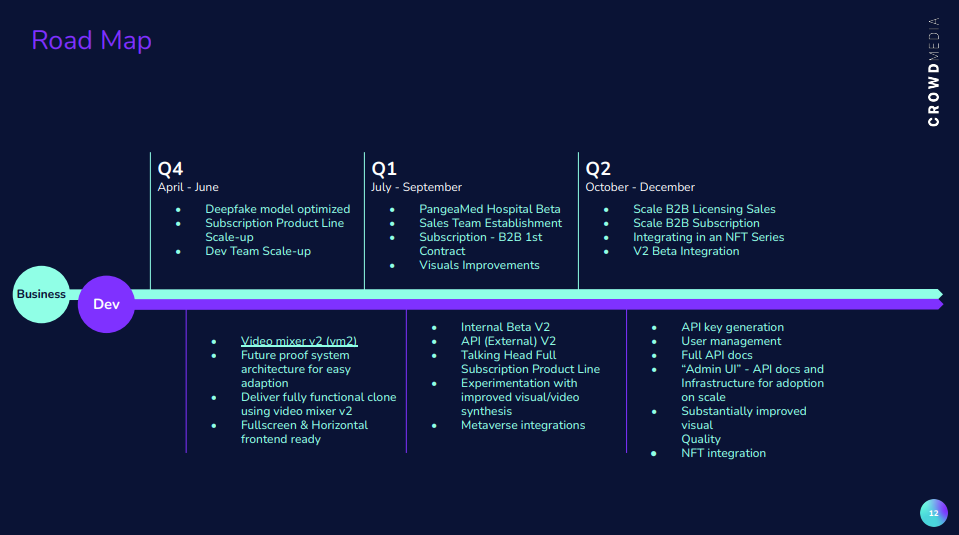 Joining Crowd Media as CEO in 2021, Idan previously served as the Director of Business Development at VFR Holdings, an Israeli‐based start‐up incubator and investment firm. In this role, he was tasked with driving growth in products, increasing sales revenue and leading the marketing function across a number of company‐owned ventures including leading the “Talking Head” team as part of the VFR JV with Crowd Media.

Steven has more than 30 years of experience in founding and building businesses across agricultural, wine, and cosmetics industries. He co-founded BECCA Cosmetics in 2001 and sold to Estee Lauder in 2016.( Tendered his resignation as Chairman and a director of the Board effective 30 June 2022. A new Chairman will be appointed in due course.)

Domenic is co-founder of Crowd Media and has over 20 years of experience combining business and technology. He is also the Founder and Chairman of TSX listed fintech Banxa Holdings and has invested in over 50 technology based companies via his venture fund Dominet Venture Partners.

Scott has more than 23 years of corporate and operational experience across Australia, UK, Central Asia, Africa and the US. He has held many Director and Company secretary roles with ASX and LSE companies.

Matthew has 25’ years experience in the financial services industry and with ASX companies. He joined DJ Carmichael Pty Limited in 1999 as an Investment Adviser, later becoming an Executive Director of the company until the sale of the business to Shaw and Partners in 2019.

Sytze has more than 30 years of international business experience, most recently holding the position of CEO for Synlab Analytics & Services. In that role, he led the business across 11 countries delivering analytical services to a variety of sectors including medical diagnostics, pharmaceuticals, food and agriculture.

Melanie has been the Chief Financial Officer at Crowd Media since June 2019. She is a Certified Public Accountant with more than 10 years’ experience in accounting and financial planning. 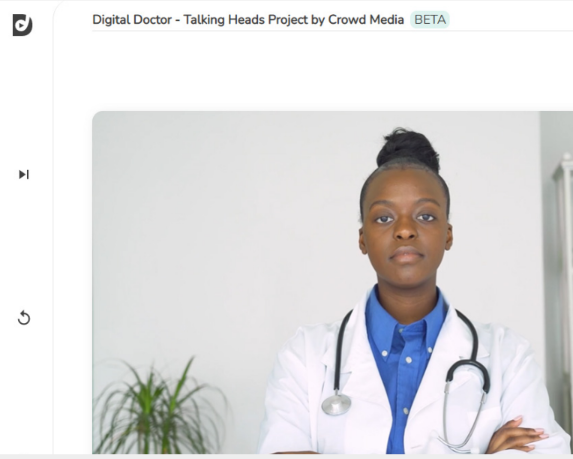 The Talking Head Platform - Commercialisation in 2022

Since commencing their business transformation in September 2019, Crowd Media has been vocal in their 3-year plan which culminates in 2022 with the launch of the commercialization of their Conversational Commerce vision.

With their databank of conversations that had been generated over the past 10 years, Crowd was in the best position to lead the project given Crowd effectively owned the `brain` of the platform where other AI Alliance members offered the visual, audio and user interface elements.

The culmination of these efforts came to the fore towards the end of 2021 when Crowd showcased the first use-case application for the platform where users were invited to interact with a Talking Head doctor that could answer medical questions. The Digital Doctor in particular was part of a Proof of Concept ordered by PangeaMed which became the first paying client of Crowd`s Talking Head platform.

2022 has been flagged as the year Crowd intends to scale the platform so that it can rapidly roll out individual avatars with full 3D imaging and voice cloning. Operating such a platform where many influencers and brands have millions of followers that would converse with the AI has various roadblocks to overcome, with one being bandwidth requirements to process so much deep tech data instantly. This is one area of expertise Schmorak will be familiar with, given military communications must be able to function on the smallest of bandwidth requirements to ensure clarity in remote locations. 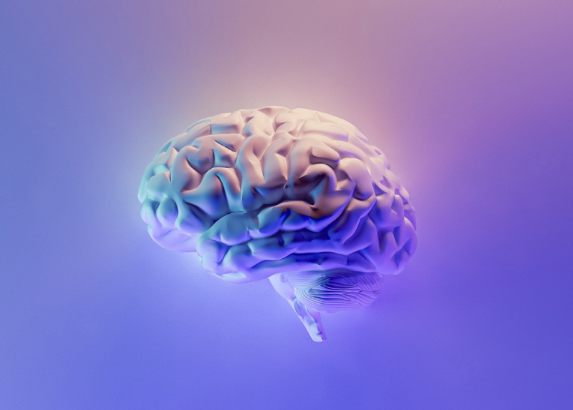 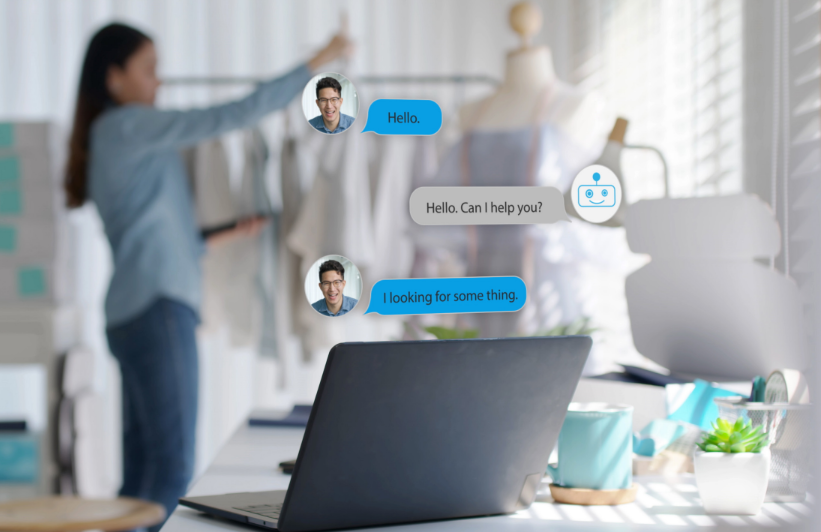 As more followers flocked to influencers and celebrities with direct access on social platforms, the influencers did not have time to engage with all their fans directly. The commercial application of the Talking Head platform has long been its application in sales and customer engagement. After sales and direct marketing, education has been touted as the next most likely commercial opportunity for the Talking Head platform.

Crowd's management has openly mentioned plans to monetize their technology in the form of NFTs. This could potentially classify each of their AI-generated unique avatars as a digital asset that costs very little to mint but can be sold and resold at high valuations as evidenced by the BEANS NFT collection. Taking the concept even further, there are opportunities for Crowd to utilize their deep fake technology to create digital avatars of real-life people whereby the digital avatar would be an NFT reflecting their original creator. 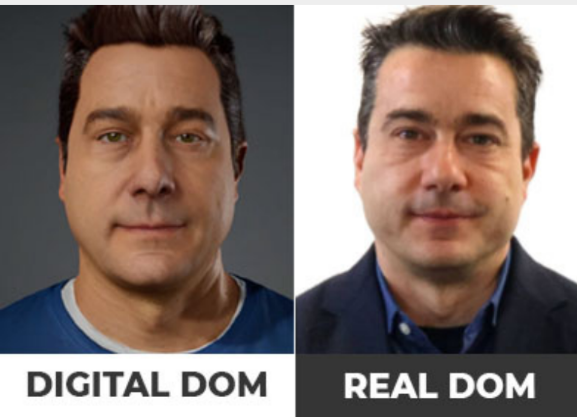 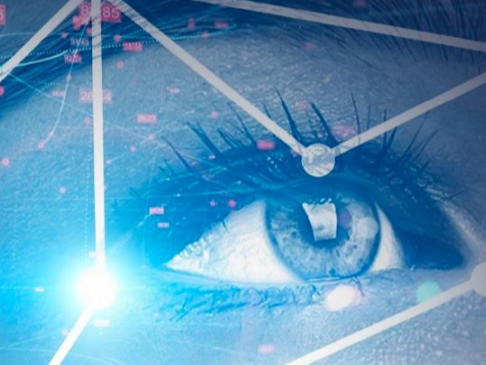 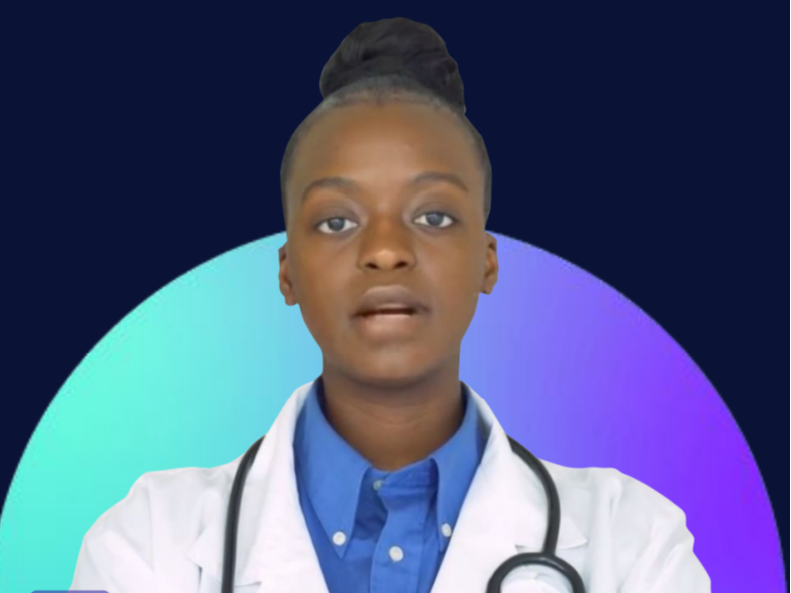 Add CM8 to your Watchlist